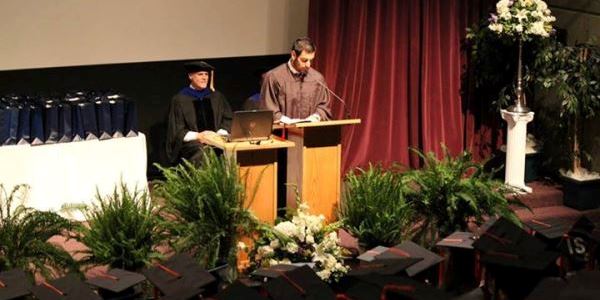 Amine Bounoughaz recently completed Duke's Master of Engineering Management on a Fulbright Scholarship. Originally from Boumerdes in Algeria, he applied to the Fulbright program in 2012, and in his words, "Here I am, chasing my dreams at one of the best educational institutions in the world."

In this article, originally posted as a note on Facebook, he shares share his experience applying for the Fulbright program, being selected, and becoming a graduate student at Duke University. He concludes the article with advice for other interested students.

Why did I apply for Fulbright?

In the summer of 2010, and during my junior year of college, I was selected by the US State Department to participate in an exchange program called the Middle East Partnership Initiative Student leaders program, or MEPI. I was placed at the beautiful Georgetown campus in Washington DC for five weeks where I studied leadership and politics. For an engineering student, this experience greatly expanded my thinking and opened my eyes on the importance of leadership in today’s organizations. Being at Georgetown was also an opportunity for me to experience the American education system firsthand, based on the two-way interaction lecturing format and inside and outside of classroom learning.

At the end of that summer, I set a goal for myself: Pursue graduate studies in the United States, preferably in a field that encompasses both technology and management. With a few clicks on the net, I found the perfect program for me; Duke’s Master of Engineering Management.

Now that I knew what I wanted to do, I came to the question of How? Coming from a country where the purchasing power is considerably lower than that of the United States, affording that kind of education was practically impossible. Then, a friend told me about Fulbright. I looked it up, and I was both amazed and intimidated to see the caliber of the grantees, ranging from prime ministers, politicians, thinkers, scientists and even Noble prize winners. However, I was determined to give it my best, so I started preparing my application.

Applying to American universities from Algeria is definitely not piece of cake. In a country where most students who decide to go abroad choose France or Canada, given the familiarity of the language and the similarity of the education system, resources and information about applying to the United States were very scarce.

GRE, Personal Statement, Statement of Purpose: These were all unheard of among students and even teachers. So my first task was to understand how the application process works. Fortunately, the Fulbright Officer in my country, Ms.Nadia Ouhenia, was kind enough to answer my preliminary questions and point me in the right direction.

Since I would be graduating that same year, which meant that I would have a very busy year ahead, I decided to clear the hurdles of GRE and TOEFL examinations in the summer before school began. After spending a few weeks preparing for these tests using resources I found on the internet, I finally summoned up my courage and sat for them. My results were very satisfactory as I was within the range of admission for the top 10 colleges in the United States. I also spent quite some time perfecting my personal statement with the help of friends who were kind enough to thoroughly review my essays.

This was definitely one of the most enjoyable parts of the process, since it gave me an opportunity to retrospect and understand who I am and what I want, something I try to do more often now.

Now that all my preparations were complete, I anxiously waited for the application to open up.

Two weeks after the closing of online applications, I received an email from the US Embassy stating that I was selected for an interview, which was going to be in two days. The only problem was that was not physically present in Algeria, I was 10,588 miles away in Sydney, Australia, participating in the world’s premiere technology competition for students; Microsoft Imagine Cup. The fastest trip available was going to take three days, which meant that there was no possible way I would be able to attend my interview.

Given how hard I worked on my application, I was not about to give up. I emailed the selection committee, explaining my circumstances and that I was part of the first Algerian team to ever win a prize in Microsoft Imagine Cup. They eventually agreed to conduct a phone interview with me.

The interview lasted only 10 minutes, during which I had a chance to tell my story and why I should be a Fulbrighter. I must have done very well, because a few days letter, I received an official email stating that I was officially a Fulbright nominee.

Being a Fulbright nominee is not the last step in the process. The final decision was to be made by the Fulbright Scholarship Board (FSB) in Washington DC, which would take a whole year! Also, historically, only half of the Fulbright nominees would eventually receive offers. In other words, as a Fulbright nominee, you have a 50% chances of receiving an offer, depending on the outcomes of the FSB meeting, as well as the availability of funds. Although last year’s batch, everyone who was a nominee eventually received a grant. So it really depends on the year and the budget allotted for that batch.

Of all steps in the process, this was by far the hardest since there was nothing much to do other than wait and hope for the best. However, since I gave it my absolute best, I had a clear conscience.

After nine months of waiting, I received my official offer letter. I finally became a Fulbright Grantee.

Last August, a new chapter of my life began as I boarded a plane to the United States. Even though I had been to the US twice already, this trip was completely different, since it was something I worked so hard for. Also, it was the very first time I would be away from home for a long time.

My first destination was Lincoln University, Philadelphia where I was invited for an orientation conference to help me prepare for my stay in the United States. The conference spanned four days and covered different topics of interest for international students in the United States, such as the American education system, the cultural shock, the nature of Americans,... It was also the opportunity to meet Fulbrighters from around the world and have some fun before the busy graduate school began. 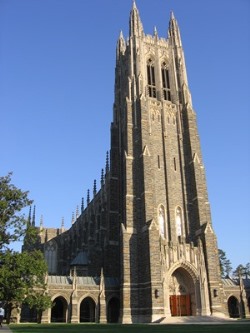 At the end of my orientation seminar, I boarded a plane to Raleigh-Durham Airport, feeling excited, anxious and scared. I was about to set foot in a place I dreamed of for so long, and worked so hard for. After my plane landed, I took a cab to my apartment where I met my roommate, Cristobal from Chile, whom I only spoke to a few times on Facebook before. My other roommate, Richard from Miami, would not arrive for another two weeks.

After examining the apartment, it was time to go to campus, the moment I had been awaiting for three years. I arrived , and it was beyond my expectations: The beautiful buildings, the green spaces, the very social squirrels and of course, my favorite of all, the Duke Chapel. Just when I thought I could not possibly love this more, the Chapel bells started playing a delightful melody and the whole scene was just majestic.

Looking back at my time there now, all I can say is that it was a blast; I got the chance to be tutored by amazing professors, with incredible biographies and experiences, to interact with brilliant students from all over the world, to challenge myself beyond my limits and to grow as a person. I learned as much outside the classroom as inside, such as how to balance my work/life and how to master my time and energy. All these paid off in a near perfect GPA, an award as the Shining Star of the program and being chosen to deliver the graduation speech on behalf of my batch.

Tips for Applying to Fulbright 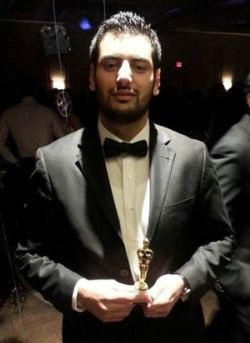 After boring you with my life story, if you are considering giving this wonderful program a shot, I hope the following tips will help you throughout your application process:

Start preparing for your admission tests (TOEFL, GRE, GMAT) early on in the process and don’t wait until the Fulbright online application opens up. This would free you up to focus on other aspects of your application but also it would give you enough time in case you need to sit for the tests again.

Another important thing is to spend a considerable time writing your personal statement. Make sure to retrospect and choose the stories that highlight your strengths and achievements as an individual while communicating your struggles, weaknesses and how you have worked to overcome them. Stay truthful and genuine and make sure to have your essays reviewed by people you trust.

2. Have a compelling story:

In my opinion, Fulbright is not about perfect GPAs nor extraordinary achievement, it is about having a compelling story, connecting the dots in a way so powerful and so meaningful that makes this scholarship something you badly want and deserve. After all your interview panel are not going to remember how much you scored on a particular class (unless it was really bad), probably not even your name, but they will remember your story and how genuine and compelling it is. That is most probably the hardest part of the process, but if you get it right, everything else will fall into place.

Personally, one of the most inspiring books I read that helped me put things into perspective was a book entitled: “The Last Lecture” by Pr. Randy Pausch. Or if you are not a book person, you can always watch the video lecture entitled “Achieving Your Childhood Dreams” (available on youtube).

Whenever you need information about the program or you are stuck somewhere, reach out to the Fulbright officer in your country or to any Fulbright alumni you might have in your network. Even if they can’t help you, they will always point you in the right direction.

Did I mention it takes a year for Fulbright to grant you an admission? It is definitely a long time to wait, it is a bumpy ride so make sure you enjoy every step as much as you can, keep leading your life and hopefully you will end up receiving that offer :)