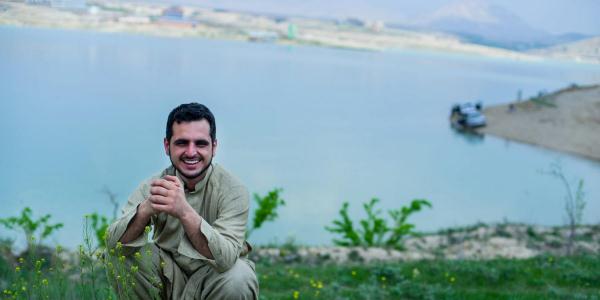 MEM Alum Shoaib Rahim recently co-authored an essay for Millennials Speak. Essays on the 21st Century, a collaboration among writers from across the globe.

From Amazon: Millennials Speak. Essays on the 21st Century is a crowdsourced and crowdfunded production. It is a snapshot of the ideas and opinions of the global Millennial Generation. Twenty writers from five continents, a diverse mix of young academics, policy professionals, and future thought and creative leaders, cover topics from the legacy of the Arab Spring, the global food system, the U.S. student loan crisis, youth unemployment, to popular culture.

Global youth unemployment stands at 12.7% and is expected to rise. Presently, more than half of the 7 billion people alive are under the age of 30; almost half of the world's population is under the age of 25. In the Arab world, an average 27.5 percent of the total youth population is unemployed. Youth unemployment in both the Eurozone and in the United States, the world's largest regional and national economy, respectively, is more than twice that of the rest of the population. What do people from these regions have to say about these trends?

Much of the work and research regarding the Millennial Generation is very American-centric. But for a globally-connected and aware generation, limiting the scope of study to a single country misses the mark for such a diverse global demographic. The writers hope to fill some of that gap with this book.

Shoaib is a Fulbright Scholar and a graduate of the Master of Engineering Management Program at Duke University. He is currently living and working in his home country of Afghanistan where he runs a consulting firm providing technology consulting and management consulting services to local companies. He also coaches the debate team at the American University of Afghanistan on a voluntary basis and works with other youth groups in Kabul focusing on development issues.