From Startup to Google 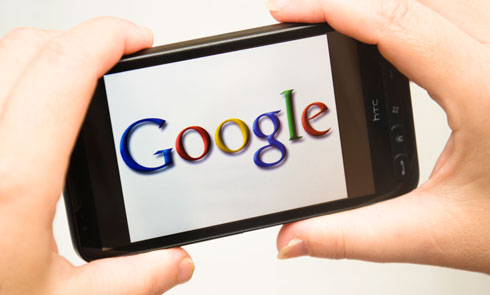 When Karna Vishwas finished his Pratt master’s degree in engineering management in 2009, the job market was bleak for most graduates. But Vishwas’ blend of technical, business, and management expertise landed him a position at a Silicon Valley internet advertising startup – a company so promising that Google snapped it up just seven months later.

The startup was called Teracent, and Google wanted not only its technology but its talent, including Vishwas.

“The whole team was really excited about going to Google,” he remembers. “There was a little bit of fear about whether we would just get swallowed up completely. But a year after our acquisition, we were still operating as a unit.”

Vishwas has since emerged as a leader, now promoted to running a Google team using the acquired technology to help to make Internet display advertising as targeted as the ubiquitous Google text ads.

“I manage the U.S. team of five people for that particular product,” Vishwas says. “We have folks on the West Coast and on the East Cost. The key responsibilities are to service some of our top ten advertisers who spend tens of millions of dollars with Google. We’re developing the product further and integrating it in more parts of Google’s platform.”

His group’s technology can make smart guesses about the profile of a person viewing certain online content and tailor the advertising to that person’s interests and tastes. For instance, the software might show a 38-year-old father a Toyota ad featuring a Camry sedan, while it would show a 22-year-old single man an ad for a sporty Scion coupe.

Because privacy concerns prevent websites from using personally identifiable data to target ads, the software must make demographic guesses based on the content the person chooses to view. The technology is so dynamic that it can swap out several elements of an advertisement on the fly depending on the assumptions it has made about the consumer.

“When you search for something, (text) ads are extremely relevant to the search performed,” Vishwas explains. “We’re taking that customization to image-based, Flash-based ads.”

The technology is used on YouTube and the consumer automotive sites Edmunds.com and Yahoo! Autos, among others. It also allows advertisers to test many different advertising approaches against each other to identify the ones that generate the most clicks – and the most and sales – from various types of customer. Vishwas aggregates complex sets of data from such testing and puts it into visual formats that are easy for clients to use in decision making.

“The cost of trying multiple things online is just so much less than traditional media,” he says. “It’s not like you’re printing a million newspapers. Even if something goes just really wrong, the client has only spent a few hundred or a few thousand dollars. The level of experimentation is something our clients really like.”

Vishwas might come across as introverted and all business at the office, but there’s another side to him – he’s a heavy metal rock guitarist and a serious fan of the genre, attending 15-20 concerts a year. He particularly loves Iron Maiden, which he regularly travels to see in concert. Several times a week, he pulls out his Gibson Les Paul Custom, his favorite of his several guitars, to unwind after work. He also collects single-malt scotch, and he is planning a visit to the Glenkinchie and Glenmorganie distilleries.

Vishwas grew up in India, where he completed high school and a bachelor’s degree in engineering. After working a little over a year at an American firm’s office there, he took a position as a program planning and control analyst with Honeywell in Arizona.

“I was considering going back for an MBA around then,” he recalls. “Then a friend showed me this program at Pratt, which was a good mix of business and technical engineering programs. I wanted something management-based, but I knew I wanted to stay on the technical side. I was just looking at a couple of schools and decided that Duke was the best school to go to.

Entering the Master of Engineering Management Program with his work experience in mind was invaluable, Vishwas says:

“When you have experience, you can tailor the course of study to meet your business needs. One of the things that really did help was that it was case-study based. What I did like about the program was that the faculty were pushing you to be more practical and to think about real-life situations. The two practica I took, faculty members were actual consultants for those companies. And so you feel like you’re ready for the real world when you do that kind of work with external clients.”

His career at Google is more impressive when you consider that early in his time at Pratt, Vishwas was planning for a career in construction management. When the real estate market crashed, he began to formulate Plan B, a career in online advertising, and both he and Pratt were agile enough to make such a drastic switch successful.

His Pratt experience has taught him to “serve as a translator of technology into business terms,” he says, an essential and rare skill in the workplace. “You can figure out how to work with engineers. You can turn that into something that’s a value-add for the client.”

Pratt also gave Vishwas a set of disciplines that continues to guide his work, he says.

“There are a million new things to learn here at Google,” he says. “Yet I do look back to a lot of things I learned at Duke, specific classes like marketing management and leadership management. And even just the skill of time management and how to prioritize. Extremely relevant to what I do now.”