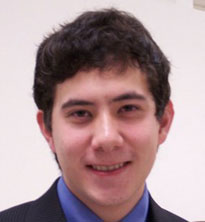 Duke engineers won big at the Startup Open competition during Global Entrepreneurship Week (GEW) 2011 in Boston. The team included two alumnae and a graduate student and their start-up company for micro-turbine technology.

Their winning company, Dynamo Micropower, was founded by Ethier and focuses on a proprietary ultra-micro turbine architecture that could supplant conventional power solutions in the sub-10kW range.

Ethier will receive one year of mentoring from Redbox founding members and serial entrepreneurs Michael DeLazzer and Biju Kulathaka  of the Entrepreneurs’ Organization. The program will also include a trip to DeLazzer’s home in Marco Island, Fla. where Ethier’s business plan will be scrutinized and market opportunities will be identified.

“Young firms, like those conceptualized by Jason, are the linchpins to revitalizing the world economy,” said Carl Schramm, president and CEO of the Ewing Marion Kauffman Foundation, founder of GEW. “Their ingenuity, innovation and entrepreneurial passions exemplify the spirit of entrepreneurship and will inspire others to strive to create new firms.”

Selected startups from the “GEW 50” will be invited to participate in Start-Up Chile, a program that attracts early-stage entrepreneurs from around the world to start a business in Chile. The program offers startups $40,000 in equity-free, seed capital and a one-year work visa in Chile, along with access to social and capital networks in the country.

The Startup Open competition, now in its second year, was open to entrepreneurs who had a “startup moment” in the past year. The latest competition coincided with the beginning of GEW, an initiative to spur new ideas, ingenuity and firm creation through local, national and global activities. A record 123 countries took part in the week-long event. In the U.S. alone, more than 1,400 organizations – including universities, non-profit organizations, startups, government agencies and corporate sponsors – hosted 3,500 GEW events.

In four years, GEW has expanded to more than 100 countries — empowering nearly 20 million people through 95,000 activities. Supported by the Kauffman Foundation, the initiative is supported by dozens of world leaders and a growing network of 24,000 partner organizations.

The Kauffman Foundation is a private nonpartisan foundation that works to harness the power of entrepreneurship and innovation to grow economies and improve human welfare. Founded by late entrepreneur and philanthropist Ewing Marion Kauffman, the foundation is based in Kansas City, Mo. and has approximately $2 billion in assets.

The other winner was the company Fenugreen, which offers patented, all-natural material to address the global challenge of food spoilage.