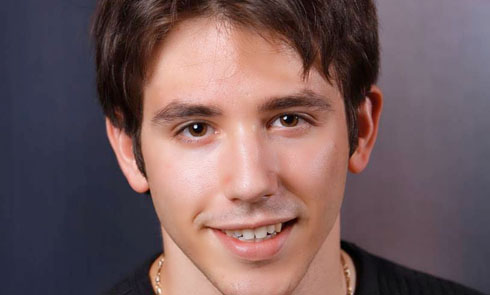 DURHAM, N.C. -- Duke University senior Jared Dunnmon of Cincinnati was among the 32 recipients selected this weekend for prestigious Rhodes Scholarships.

Dunnmon, an A.B. Duke Scholar and past recipient of Goldwater Scholarships in Science, Mathematics and Engineering, was chosen from among 837 applicants at 309 colleges and universities throughout the country. He is the 43rd student in Duke’s history to receive a Rhodes Scholarship.

Rhodes Scholarships, created in 1902 by the will of British philanthropist Cecil Rhodes, provide two or three years of study at Oxford University in England. Recipients are selected on the basis of high academic achievement, personal integrity, leadership potential and physical vigor, among other attributes.

“Jared Dunmon has been a model Duke student in the breadth of his engagements, his pursuit of excellence, and his use of academic learning to solve real-world problems,” said Duke University President Richard H. Brodhead. “I’m delighted that he has been recognized with the Rhodes Scholarship.”

Dunnmon is a mechanical engineering and economics major whose research has focused on novel and renewable energy sources. Working with Duke engineering professors Earl Dowell and Jonathan Protz, Dunnmon designed and tested clusters of micro-turbine devices in a wind tunnel to determine how much power they could produce from unusual wind flows, such as those between tall urban buildings. Dunnman is both a Pratt Undergraduate Research Fellow and a Grand Challenge Scholar.

While at Duke, Dunnmon served on a committee that helped develop an academic certificate program in energy and the environment, and he is pursuing that course of study along with his two majors. He also worked as an environmental policy intern for the mayor of San Francisco, sang with the Duke Chapel Choir, and served with student organizations related to sustainability and social entrepreneurship at Duke.

At Oxford, Dunnmon plans to research the use of renewable fuels and other fuel-efficient measures in both industrial gas turbines and jet engines. Following his graduate studies at Oxford, he intends to develop a career in energy policy as well as energy research.

“The major challenge for my generation is to develop innovative technological and economic solutions that address the realities of dwindling resources without jeopardizing those that still remain,” Dunnmon wrote in his Rhodes application. “I want my life’s work to address what I believe to be the most difficult aspect of this challenge -- making environmentally and economically sustainable development possible on a global scale by providing accessible energy from renewable sources.”

Dunnmon said he is still in a “state of disbelief” that he was chosen for the Rhodes, adding, “I am extremely grateful to all of the people who have helped me in the last few years to get here.”

Dunnmon said he celebrated by going out to dinner with his mother and a friend Saturday night, but that he has a take-home test due Tuesday, “so it’s back to the usual.”

The value of the Rhodes Scholarship varies depending on the academic field, and the degree (B.A., master’s, doctoral) chosen. The Rhodes Trust pays all college and university fees, provides a stipend to cover necessary expenses while in residence in Oxford and during vacations, and transportation to and from England. The total value of the scholarship is estimated to be about $50,000 per year.

One other North Carolina student also was awarded a Rhodes Scholarship this year –- S. Paul Shorkey, Jr. of the University of North Carolina at Chapel Hill. A complete list of this year’s recipients is online at rhodesscholar.org.